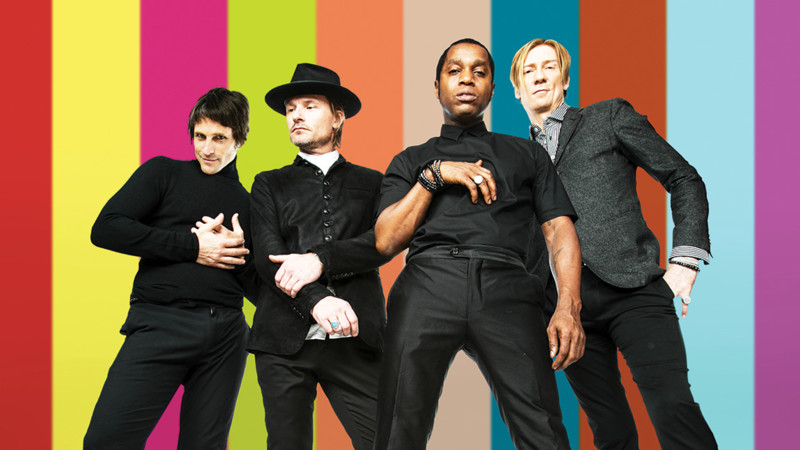 Admission: From 40 $ plus taxes

Formed in California in 2010, Vintage Trouble is a band of rhythm 'n' blues, soul and rock that made a sensational debut in 2011 with his first album The Bomb Shelter Sessions. The band has just released its ninth album, a mini disk untitled Chapter II - EP I, which features five new songs played on stage. Building on the exceptional charisma of the singer Ty Taylor, who is reminiscent of the 60s heros like Otis Redding and Sam Cooke, the quartet has made the openings on tours of Brian May (Queen), Bon Jovi, The Rolling Stones , The Who and AC / DC. Vintage Trouble also performed at Kiss member Paul Stanley's 60th anniversary party at the latter's request, as well as seeing one of his energetic performances captured for the prestigious Austin City Limits TV show in 2015. Travelling the globe, it is in concerts that Vintage Trouble attracts the most praise and nourishes its legend. Selected to be on the prestigious Mediterranean Keeping the Blues Alive at Sea cruise from August 16 to 21, 2019, the band then arrives for the first time in Trois-Rivières for a frenzied and memorable concert.